Previous Next
Goodbye to our wonderful Bodie

We couldn’t let the year end without paying tribute to Bodie.

He was the dog that we never expected to have. In December 2017, we travelled to a breeder in Portsmouth to choose a goldendoodle. This shouldn’t have been difficult as their were only two puppies left. But we just couldn’t decide between the two utterly gorgeous little chaps that we met. Dave suggested that we take both of them and I had a panic attack!

I had always wanted a dog but life always got in the way. Now that I was working from home, I could finally have a dog and after a great deal of research, I was sure that a goldendoodle would be perfect. The move to North Wales appeared to be postponed due to our purchase of The Woollen Mill falling through. It was the right time to find my first puppy but how could ever I cope with two?

Dave was right. We couldn’t possibly leave one puppy behind and so we took both of them. Looking back, I know that if I had been forced to choose one, I would have picked the cheeky chappie that I immediately named Dougal. We discussed names for the other puppy on the way home and about halfway through the journey, we had settled on Bodie.

It wasn’t long before I realised that there was something magical about the two puppies together and that to leave one behind would have been a terrible mistake.

Our two treasures didn’t double the trouble, they doubled the magic. 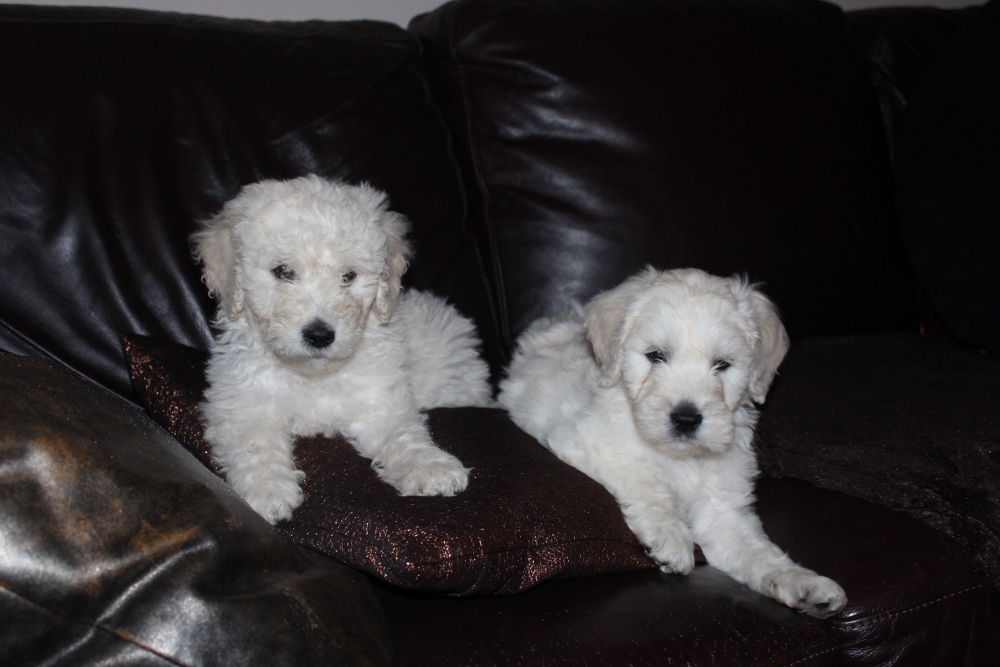 The house move was on!

The day after we collected Bodie and Dougal, we discovered that our house move was back on again. We moved to The Woollen Mill the following month when the boys were only 12 weeks old. They took everything in their stride and were soon enjoying adventures on the beaches, in the forests and around the mill.

Bodie and Dougal were nothing short of amazing and we were enjoying them more with every day that passed. But when they were 8 months old, Bodie began to cough. A course of antibiotics ensued and the cough cleared up. Two weeks later it was back. The vet felt that Bodie should see a specialist and so I found myself at Northwest Veterinary Specialists in Cheshire. A CT scan revealed that Bodie’s lungs were full of lesions. Unfortunately, the vet didn’t know what was causing the lesions. A needle biopsy failed to uncover the cause of the problem. Poor Bodie had to endure a lung biopsy which also failed to yield a diagnosis. The only option left was to grow cultures and after six weeks we finally knew what was wrong.

Our gorgeous Bodie was suffering from NTB Mycobacterium Abscessus. This is a very rare condition for which there is no established canine treatment. The vet decided to speak to the UK’s leading human bacterial disease specialist and between them they evolved a treatment. We were told from the outset that there was only a 60% chance that the cocktail of antibiotics would have any effect at all. We were also advised that even if Bodie’s disease responded to the treatment, the existing lesions might prove resistant and that the disease would probably fight back at some point.

Happily, Bodie did respond to the treatment and a further CT scan showed that the lesions were shrinking. Bodie then enjoyed a year of almost normal life, adventuring in the forests and mountains with Dougal. 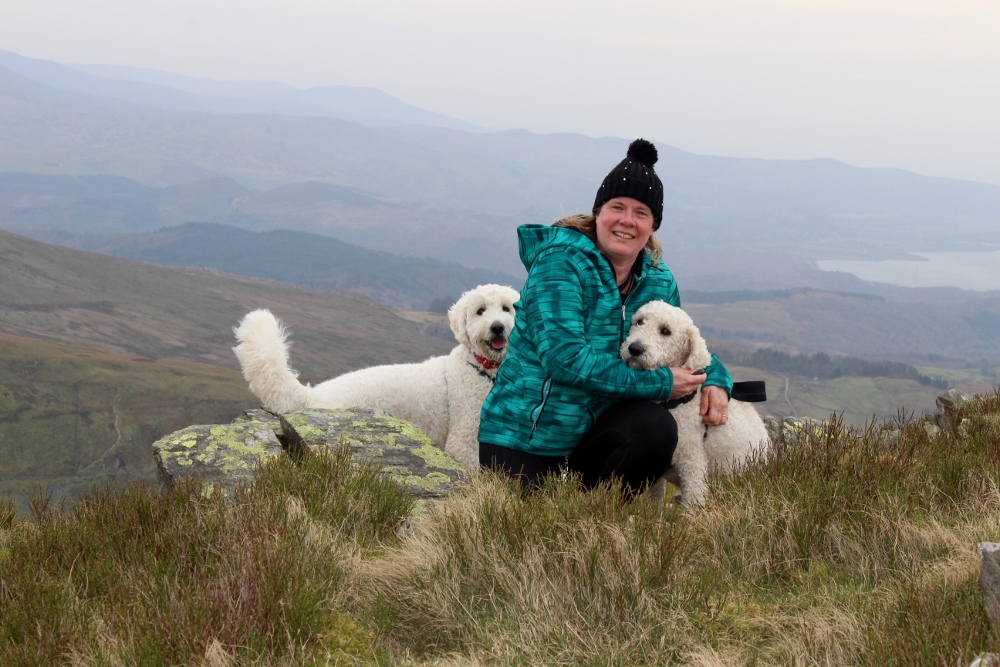 After a wonderful year exploring as many mountains, forests and beaches that we could possibly squeeze into each week, Bodie started coughing again.

We new what this meant but prayed that we were wrong. Bodie had yet another CT scan which confirmed our worse fears. His disease had returned and was now resistant to the antibiotics. There were no further treatments available.

The only thing we could do was let Bodie enjoy life in North Wales until his condition became untenable. He continued to chase his ball and play on the beach and remained stable for six weeks but then began to decline rapidly. With heavy hearts, we had to say goodbye.

Bodie endured his condition and all of his treatments with incredible courage and fortitude. He was a friendly, gregarious and characterful dog to the end and an amazing companion for Dougal.

We will always miss Bodie terribly but will treasure the incredible memories that we have. We lost not only a simply fabulous dog but also the magic of the two together.

There will be other dogs, but never another Bodie. 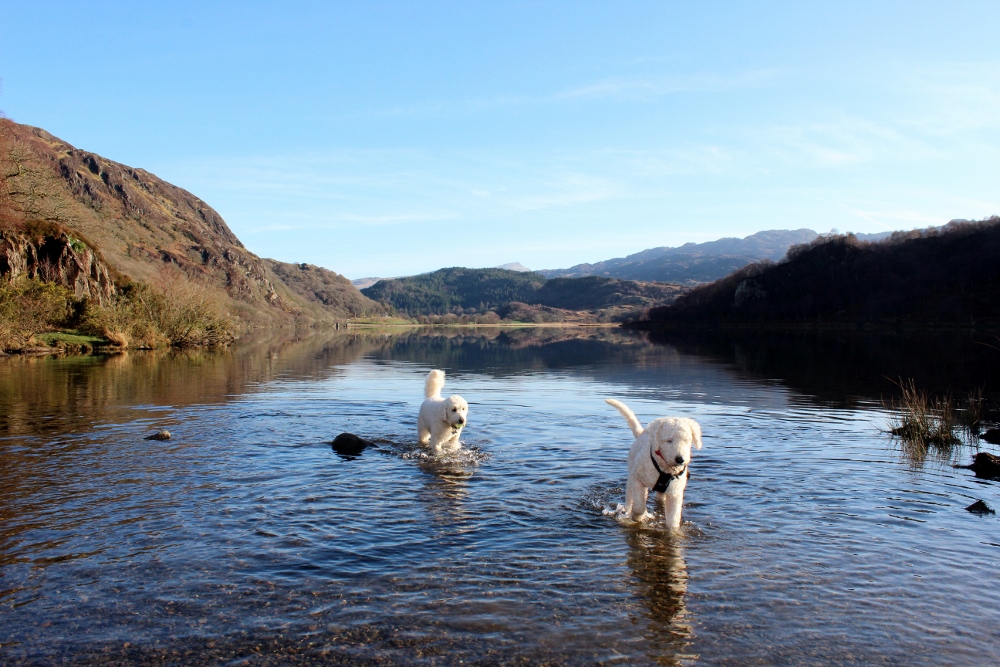