28 July 2021 was a very important day for Gwynedd as this when The Slate Landscape of Northwest Wales was designated as a UNESCO World Heritage Site. The Slate Landscape includes seven specified areas, one of which is the Nantlle Valley Slate Quarry Landscape. The Dorothea Quarry is a feature of this landscape and it is located just 10 minutes from The Woollen Mill.

Welsh slate has been credited with “roofing the 19th century world”. The Dorothea Quarry is a disused slate quarry near Talysarn which provides valuable insight into the slate mining industry. Slate has been mined in North Wales since Roman times. But mining expanded rapidly in the 19th century when the demand for slate increased dramatically during the Industrial Revolution. Work at the quarry began in 1820 and the land was leased by William Turner in 1929. The quarry was originally named Cloddfa Turner. But its name was changed to Dorothea in the 1830s, possibly to honour the wife of landowner Richard Garnons. Work at Dorothea was initially highly profitable but things began to change in the 1840s. The Quarry was put up for sale and subsequently purchased by a group of quarrymen.  The group failed to prosper and the Dorothea Quarry was put up for sale again in 1864. No buyer was found. However, John Williams of Denbighshire gradually bought out many of the existing shareholders. By 1879, he had amassed more than 70% of the shares. Production reached its peak in  1872 but dropped significantly at the start of World War II. The quarry was closed in 1970. Since then, the pits have flooded. The Quarry has become a popular site for diving but no facilities are provided. Divers can explore the quarry with the permission of the owner. However, diving is not regulated. This is one of the reasons that more than 20 divers have lost their lives in the quarry since 1994.

There are six pits at Dorothea and they are up to 106m deep. The pits are beneath the water table and so had to be pumped to remain dry. It is possible to see much of the pumping infrastructure at the quarry including what remains of a Cornish beam engine which was installed in 1904. This was the last engine of its type to be built. The engine house in which it is housed is a Grade I listed building (see image below).

The Nantlle Railway was opened in 1828 and gave the quarry a route to the sea. The railway originally ran to Caernarfon, but from 1972 ran to Talysarn where it connected with the national rail network. The railway was used to transport slate until 1959 and was closed by British Rail in 1963.

When the quarry began to expand operations in the 19th century, the village of Talysarn was relocated. Some of the original village buildings can still be seen when you explore Dorothea Quarry, although nature is gradually reclaiming them.

Typically for North Wales, there are no signs directing you to Dorothea and the walking routes at the quarry are not properly waymarked. This situation is extremely frustrating as the various Welsh authorities involved have known that the Slate Landscape could possibly become a World Heritage Site since 2018 but have made no preparations for this eventuality.

The walk around the quarry offers a compelling combination of history and amazing views. It currently receives few visitors and is a great place to explore and walk your dogs. 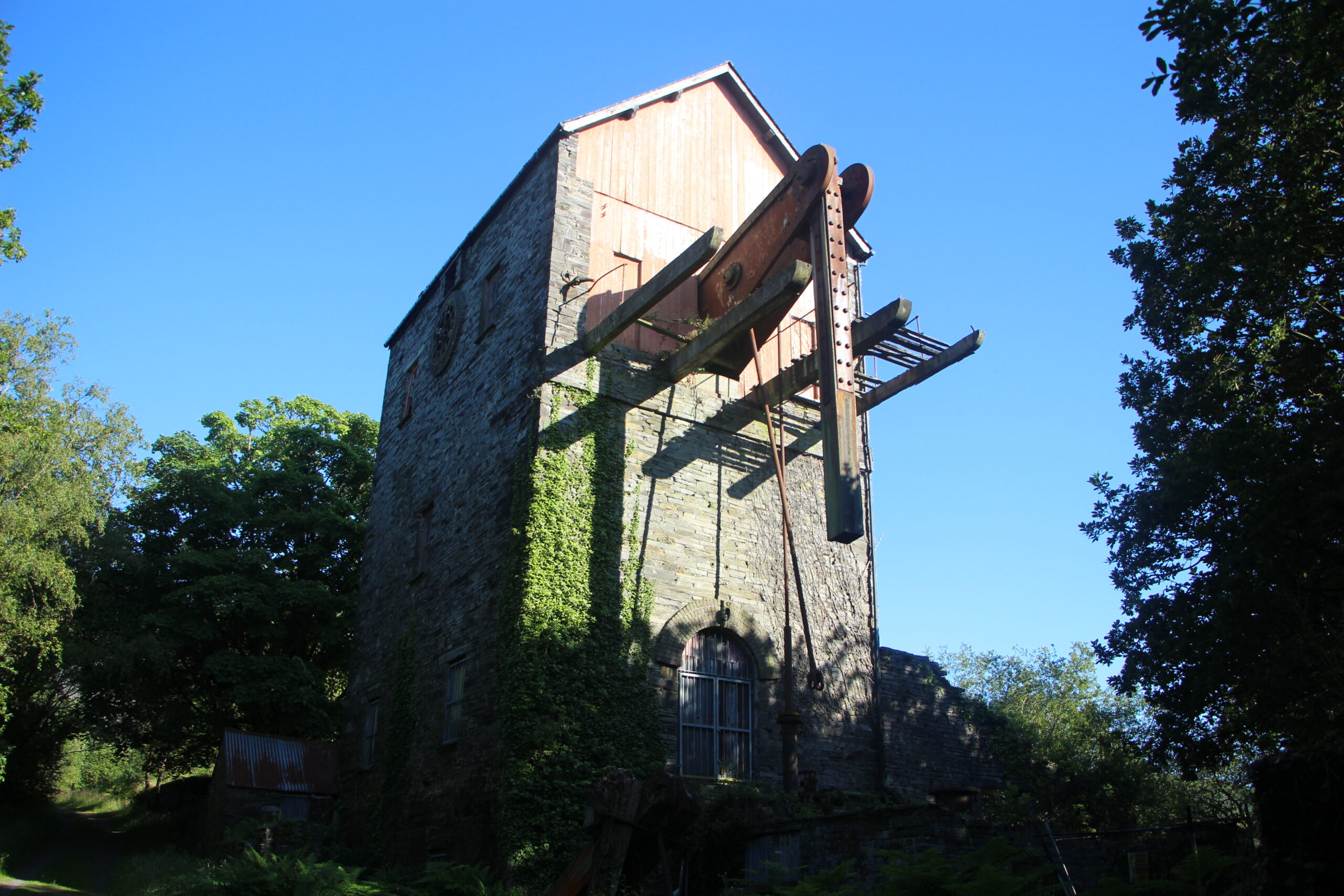 The walk begins from the outskirts of Talysarn. You will see the trail into the quarry leading off the roundabout to the east of the village. Walk along the trail until you pass around a green metal gate. You will see an information board which features a map of the Quarry. Pass by this and then shortly after, look out for small track leading off to the left. This is not waymarked and so is easy to miss. Take this path and follow it past a flooded pit and along the edge of a small meadow. You will eventually arrive at a series of ruined buildings. Things get dark, gloomy and a little spooky here!

The ruins are fascinating as nature is gradually reclaiming them. Trees are growing up through the middle of what were houses and walls. The temperature drops several degrees in this area of the quarry and that chill only adds to the slightly sinister atmosphere.

Stay on the path until you emerge into a lighter area. You will see a red sign indicating that the route of the walking trail has been changed and that you should turn right.

If your dogs need a swim or you would like to visit the largest of the flooded pits, there’s a path down to the water that you can divert to. As you are walking past the ruined buildings, you will come to a point when another path appears to your right and above you. Step up to the wider path and look to your right. There’s rectangular open area with a single ruined building that contains, of all things, a portaloo. This is lying on its side. The path to the water is just beyond the portaloo.. 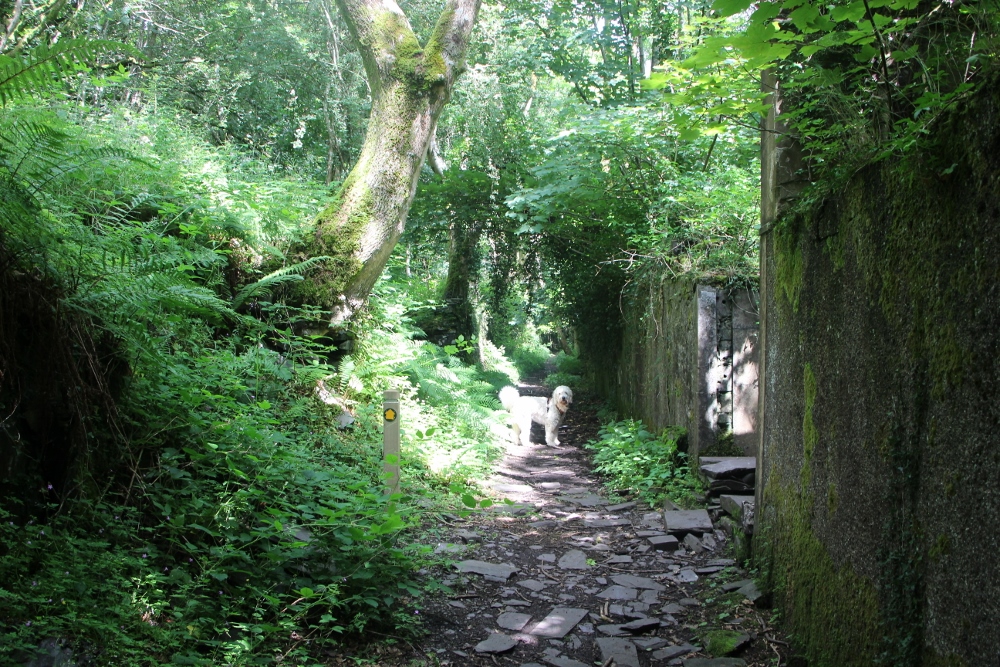 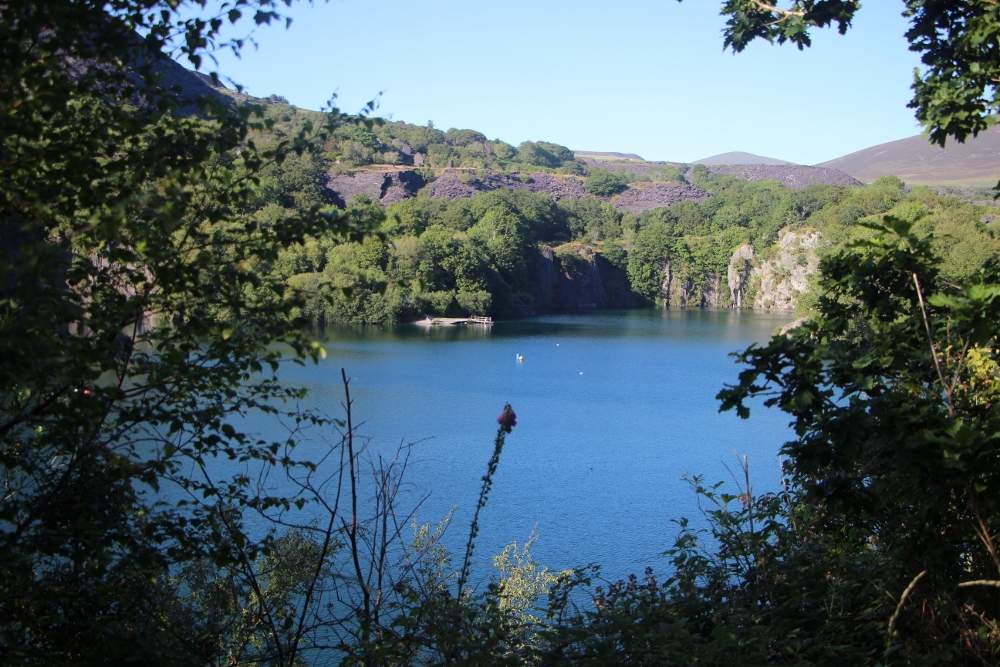 After turning right at the red sign, continue following the path past piles of slate and along the edge of a huge flooded pit which is popular with divers. Beneath the water, the old road into the pit remains as does a plethora of heavy plant including a crane. Divers love to explore the waters here but many have been tempted to reach depths that are beyond their capabilities or experience, hence the disturbing number of fatalities.

The path eventually leads downwards to an open area and then bears right past more ruined buildings. You will pass by a monumental structure on the right that is reminiscent of a pyramid. This was a support for the pully system that hauled slate out of the quarry.

After the slate pyramid, the path takes you to the engine house. This is a tall, largely intact structure that will appear to your left. Leave the path and peep through the gap to the side of the building and you can see the rusty remains of the historic engine.

You should then continue on the path past the engine house and upwards. You will notice an open area to your right which affords impressive views over the flooded pit. On a clear day, Snowdon can be seen in the distance, rising up above the quarry as if the peak is presiding over proceedings! (See image below).

When you have admired the views across the quarry, continue on the same path until you find yourself back by the green gate and information board. Turn left and follow the path for 200 metres back to the roundabout. 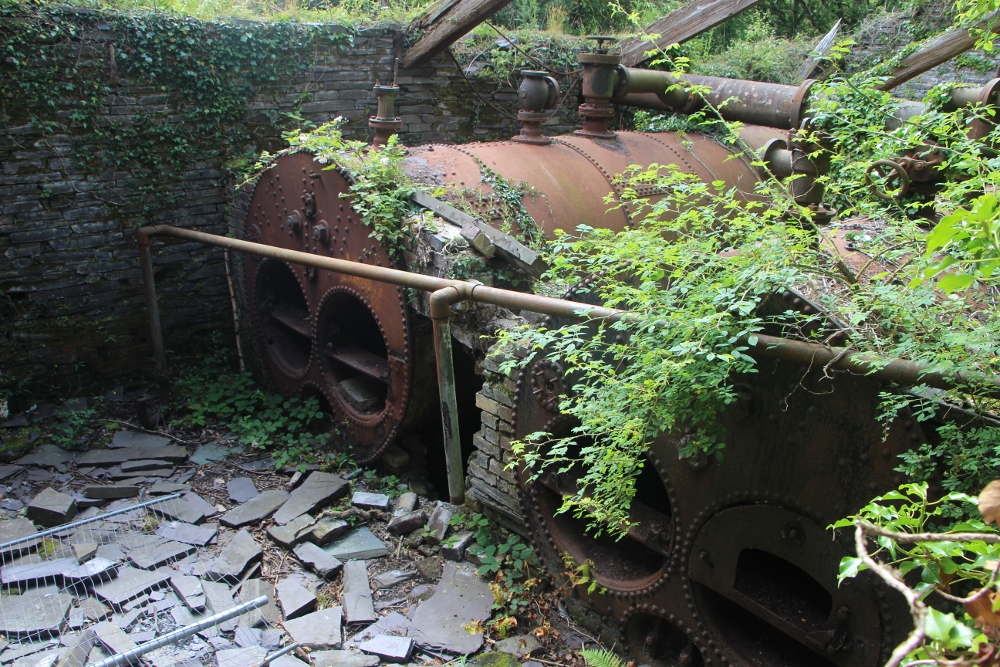 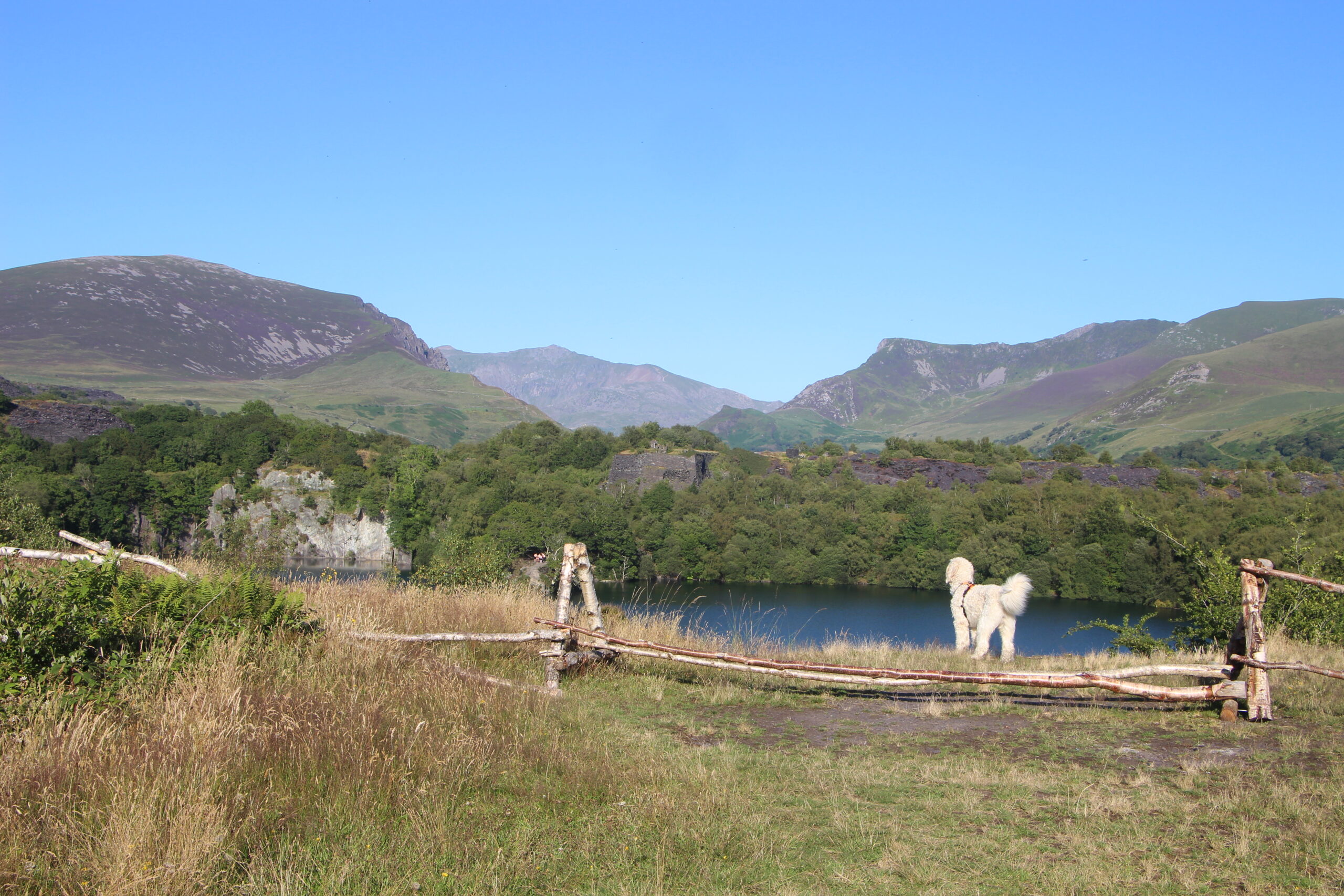 From the Woollen Mill, Drive to Penygroes and then turn right at the crossroads in the centre of the high street (white building on corner to the right). Turn right at the next T Junction and then turn left at the next T Junction which is in Talysarn (playground opposite). Take the first right and follow this road until you reach a roundabout. You can park here. The trail leads off from the far side of the roundabout.