The roller coaster life of a smoker trying to quit

I hate to say it, but I was a smoking cliché. My first puff on a cancer stick was the result of a friend badgering me. I convinced myself that smoking was a phase that I could walk away from whenever I wished. I soon discovered that I was merely human after all and that I couldn’t quit. Then I had a mid-life crisis.

By the time I had reached my mid-forties, I was done with a lot of things including boring jobs, working nine to five and most definitely smoking. The trouble was that smoking wasn’t done with me.

I didn’t know it but the law of unintended consequences was about to bite me on the posterior and make things worse. I changed career to work fewer hours and endure less stress. But I ended up in a stressful job, working longer hours. That made me smoke even more, as you can imagine. I had begun to think that I was in the worst possible place, if I wanted to quit the cigs. However, on a memorable day, I discovered that I was in the perfect place and at the right time.

Changing career to change my life

It was February 2010 and I was between jobs, or should I say, between running companies. I found myself wondering what to do next. I contemplated my future over a cuppa, fag in hand, and decided that I needed to take a sabbatical. A break from responsibility and the corporate grindstone was in order. I resolved to spend my time doing something I enjoyed rather than worrying about status or money.

Clearly, I was about to make an important decision about my future, one that required careful consideration. So, I considered the subject for at least 30 seconds before deciding that I wanted to work on roller coasters. Two minutes later I had applied for a minimum wage trainee position with Merlin Entertainments. I was invited to attend an assessment centre, the prospect of which induced me to chain smoke at least 5 cigarettes before entering the building. Things hadn’t got off to a great start on the stress reduction front! But I got the job and I believed that it would help me to stop smoking.

Speeding to the smoking hut

My first six weeks at Thorpe Park were enormous fun. I had no responsibilities of note and really enjoyed the fact that someone else had to make all of the decisions. I believed that a successful attempt at quitting was just around the corner. But I was quickly promoted, and in double quick time found myself running the biggest roller coasters at the park. I was responsible for the enjoyment and safety of thousands of people every day and was managing numerous staff on the rides.

Things could get very stressful and usually did. This meant that I was doing a good impression of Usain Bolt at break times, trying to reach the staff smoking hut before my head exploded. I would spend my breaks trying to smoke as many cigarettes as I could before returning to the ride. Trivia like eating went out the window and I barely managed to squeeze in visits to the toilet.

One of the most stressful aspects of the work was dealing with the engineers who thought that ride operators were all idiots, especially the female ones. They had perfected the art of delivering women driver jokes and any minor imperfections in one’s appearance were fair game. At least they couldn’t call me fat because I had lost a lot of weight due to spending all of my break times smoking!

One engineer in particular, you know who you are, would give me an enormously hard time every day. His names for me ranged from bitch to moron and beyond. He also seriously pissed me off by flaunting the fact that he could smoke when I couldn’t. He was the most hardened smoker I had ever met. I never imagined that he would prove to be the key to my quitting the habit. But that’s what happened.

The magic moment occurred on a day that was otherwise much like any other. I had been stressed out by a guest risking decapitation when they jumped over a fence to retrieve their phone from under the ride. I had two useless attendants working for me that I ended up shouting at and I had been forced to deal with a queue jumper who then threatened to stab anyone who complained. My ride had broken down three times and the weather was looking dodgy. Just another ordinary day!

When break time arrived, I threatened the land speed record running to the smoking hut!

The aforementioned, less than pleasant engineer was sitting there with a strange thing hanging out of his mouth. It looked like a cigarette and had an orange light at the tip. I thought it was a toy. I was forced to ask, “what the **** is that?”. The engineer, you still know who you are, was surprisingly amenable to providing an explanation. He didn’t usually speak to me unless it was to insult me. He told me that the object in question was an electronic cigarette. When he explained what it did, I was stunned. The most shocking aspect of the story was that fact that the engineer had evidently managed to quit smoking and without murdering me. Wow!

I knew in that moment that I had discovered the route to salvation. When I arrived home at some ungodly hour that night, I ordered an e cig and replacement cartridges. Not being the moron that the engineering considered me to be, I resolved to choose a judicious moment to begin vaping.

I was about to fly to the United States for a holiday and thought that it would be easier to quit smoking if I was feeling relaxed and having fun. I felt that my trip presented the ideal opportunity to ditch the cigs. When I walked into Heathrow Airport, 12 June 2012 (I will never forget that date), I threw my packet of ciggies in the bin outside the terminal.

I did wonder if this was going to be another false dawn. God knows I had experienced plenty of those. I can’t remember how many times I tried to quit. I do know that even when I wasn’t trying to quit, I was wanting to but couldn’t summon the fortitude to endure another period of complete misery.

When my flight landed in Detroit, I passed through immigration, collected by luggage and soon found myself in a hire car heading for Cedar Point, the Roller Coaster Capital of the World (allegedly). I took my first puff on my cigalike and after a few minutes I knew it was working for me on very level. That little tube was taking care of my nicotine craving, it meant that I didn’t need to break the habit of having something in my hand and the device was highly portable. Bingo!

My get out of jail free card

I really enjoyed my busman’s holiday riding the exciting coasters at Cedar Point. This sojourn was followed by a couple of days at Six Flags Magic Mountain in Los Angeles (more roller coasters), a day at Universal Studios (more coasters) and then 9 days at Yosemite National Park  (no roller coasters). I also squidged in a day trip to San Francisco which involved a rather stressful delay in heavy traffic. This nearly caused me to miss my prebooked trip to Alcatraz. Even that stress didn’t inspire me to smoke. The irony of visiting a prison having just escaped from another one was not lost on me!

Since that inaugural smoke-free trip, I have invested in better devices and now rather like my Innokin Endura T20S in purple. The wonderful array of flavours on offer has also proved helpful.

I now buy my devices and e liquids from Vapekit.co.uk. if you are thinking of trying vaping, Vapekit is a great place to find the perfect starter kit and e liquids at great prices.

I eventually left Thorpe Park and moved on to less stressful work. But that wasn’t because I needed to quit smoking. After I threw my ciggies in the bin at Heathrow, I never smoked again. Better still, I never wanted to.

So, there you go. If you want to give up smoking, work with a rude, argumentative, chain smoking misogynist. Alternatively, invest in an e cig and some delicious e liquids. 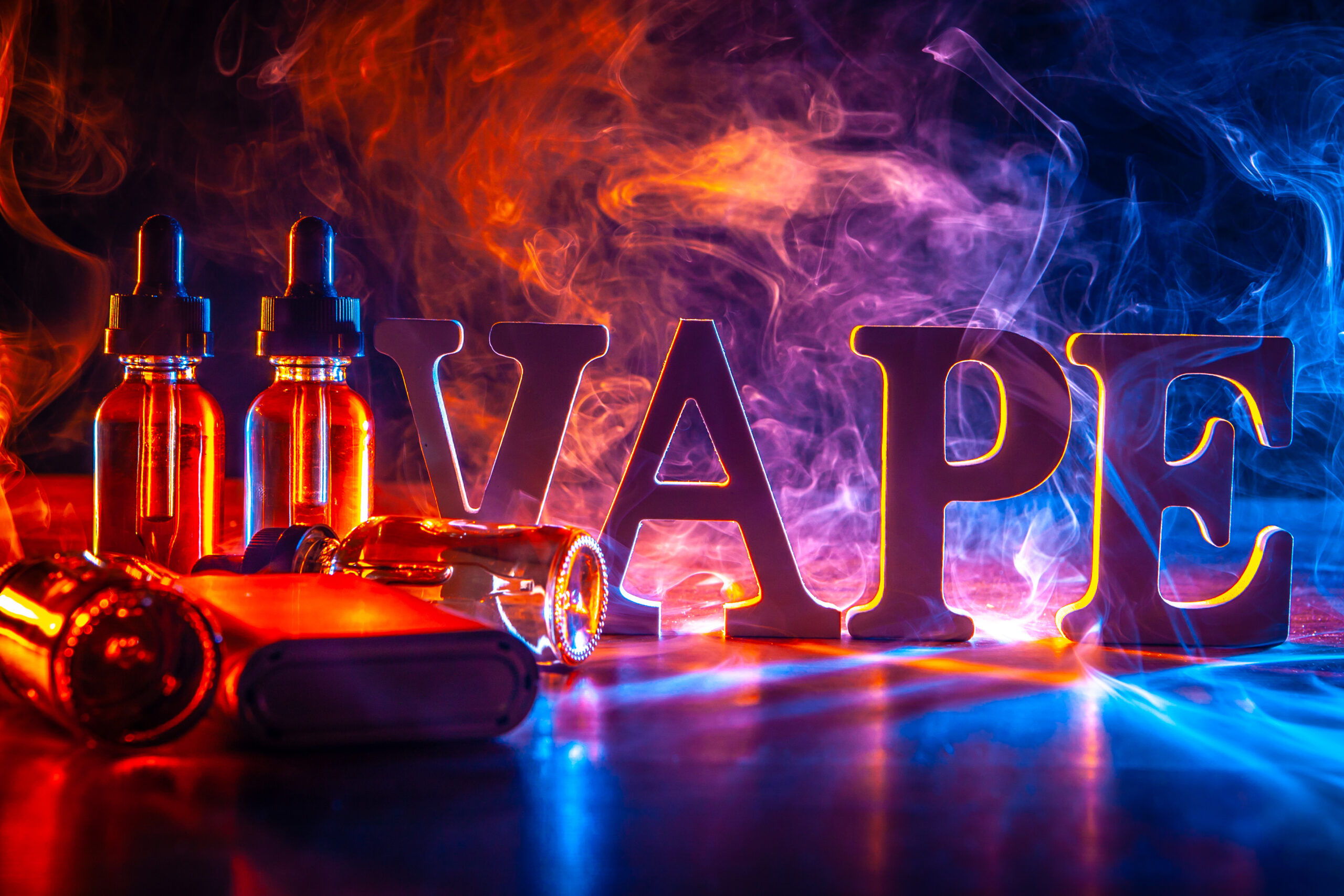