Running for 25 miles through stunning scenery, the Welsh Highland Railway (WHR) takes you from Caernarfon to Porthmadog via the foot of Snowdon, Beddgelert and the amazing Aberglaslyn Pass. This is the longest heritage railway in the UK and boasts comfortable carriages together with First Class Pullman luxury. In 2014, the railway was boosted by the opening of the Porthmadog Harbour Station which offered improved passenger facilities.

This wonderful railway simply oozes history. Its origins can be traced back to a number of 19th century narrow gauge railways which were later connected to form the route that you can enjoy today.  The Welsh Highland Railway opened in the 1920s only to cease operating in 1936. Efforts to revive the railway began in the 1960s but it wasn’t until the 1990s that work began to reconstruct the route.

To complete the project, it was necessary to restore bridges and create several road crossings. The WHR didn’t reach Caernarfon until 1997 when portions of the old Nantlle Tramway route were incorporated into the railway. The route was completed by reconstructing the line from Rhyd Ddu to Porthmadog. This opened in 2009. It still isn’t possible for trains on the WHR and Ffestiniog railways to occupy Harbour Station at the same time. Work on these special railways continues as does the fund raising effort to support the required development.

It’s hard to imagine who wouldn’t enjoy a trip on the fabulous West Highland Railway. Dramatic changes of scenery, incredible views of Snowdon and the beauty of the Aberglaslyn Pass ensure that visitors experience unforgettable journeys. Trains stop at Beddgelert, Rhyd DDu and Waunfawr. There are also eight request stops.  If you want to get off a train at one of the request stops, tell the guard before you get on the train, to ensure you are seated in the right carriage. If you want to get on a train at one of the request stops, please give a clear signal to the engine driver as the train comes into sight (hold out your arm).

The WHR is open for most of the year but services are limited outside of the peak periods. It is important to check the timetable before booking a stay in North Wales if you are keen to experience this impressive slice of history. 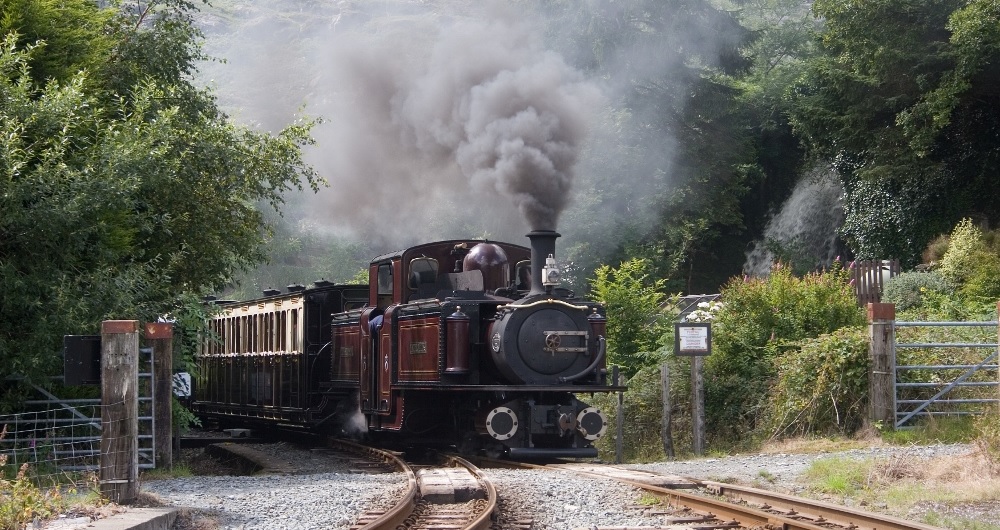 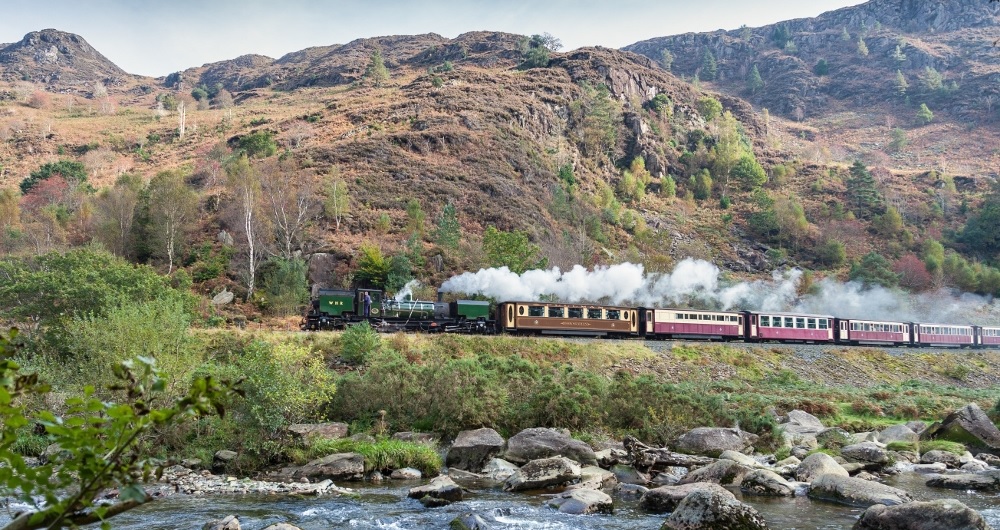 You can book full distance single and return tickets online. Tickets for shorter journeys can be purchased at the WHR booking offices of from the guards on the trains. Online booking closes at midnight the day before travel and is restricted to Third Class (standard) tickets. First Class tickets can be booked by calling 01766 516024.

Advance booking isn’t essential but will guarantee your seat on your preferred departure if the trains are busy.

Please note that you don’t have to remain on the train all the way to your final destination. You can choose to break up your journey and explore the area around each station along the way.

The current charge for a full distance return journey is £41.50 (Third Class)

All children under 3 travel free. All children 3 years and over require a ticket but one child under 16 years travels free with each adult or concession paying ordinary 3rd class fare. Additional children travel at half fare. A flat rate first class supplement applies. Dogs are welcome in the third class carriages and may travel for £3 each. Bicycles are also permitted at a charge of £3 each. 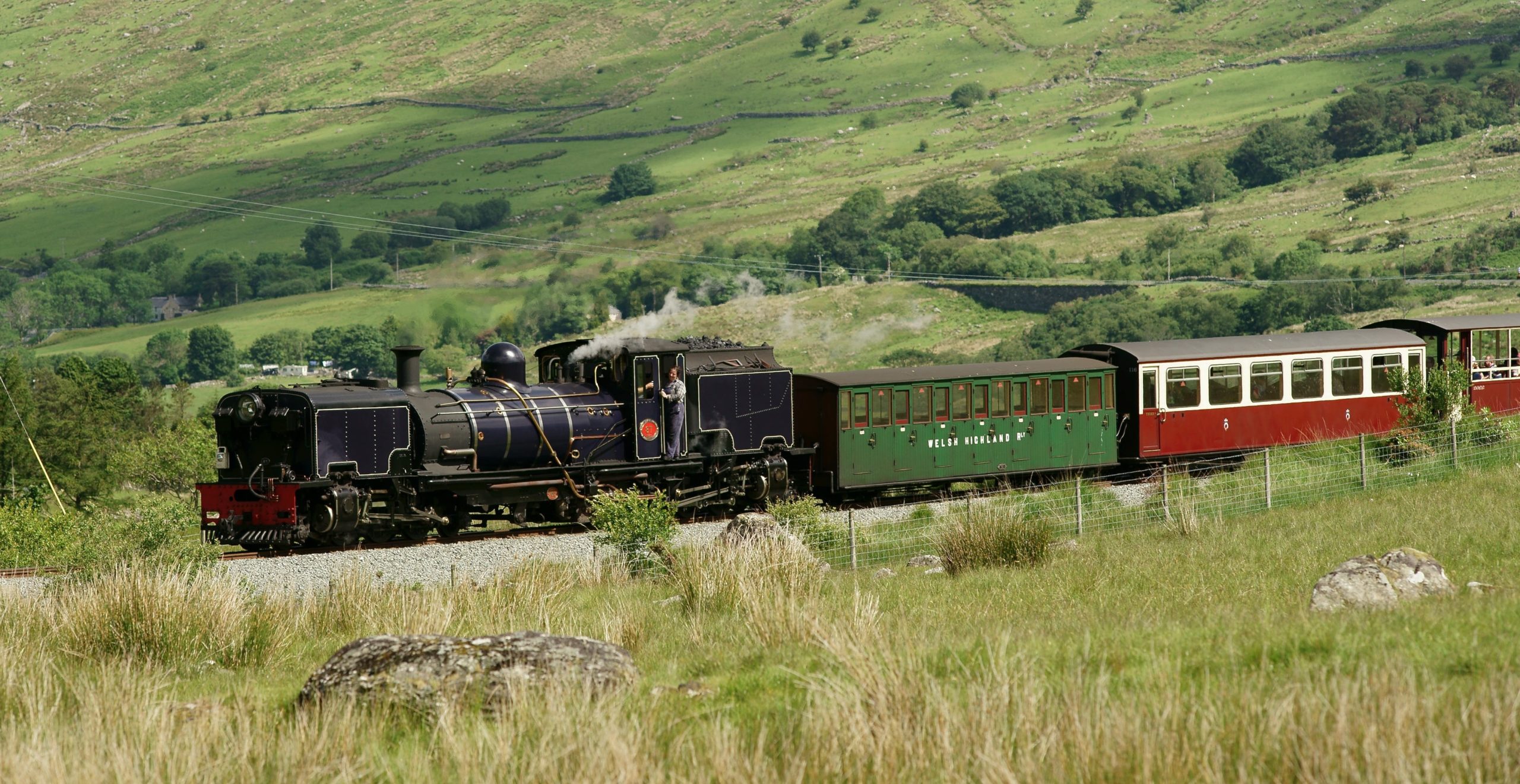 You will begin your railway journey at either Porthmadog Harbour or Caernarfon. For Porthmadog, take the A470 south until you reach a roundabout outside Porthmadog which features a signpost to the station. This is not the station you need but turn right anyway and follow the road past Tesco to a mini roundabout. Turn left and drive through the high street. At the end of the high street you will see the Ffestiniog Railway Porthmadog Harbour station (LL49 9NF)) on your right next to the harbour and there is a small car park. For Caernarfon, head north on the A487 and you will find the station adjacent to the castle. There are several car parks withing easy walking distance of the station.

Are there toilets on the train?

There toilets on each of the regular service trains. These can be accessed from most of the train by walking through the carriages. As this is a narrow gauge railway, the toilets are also narrow. The station toilets, are full sized and so it is advisable to use these before embarking. There are accessible toilets and baby changing facilities at the principle stations.