Previous Next
The footbridge saga

The footbridge over the LLyfni

When we first saw the gorgeous setting of The Woollen Mill, we wanted to move in immediately! That was before we had even been inside! There was and is something incredibly special about the pretty Llyfni. There was also the added bonus of a footbridge over the river. Except that it was closed because it had been condemned by Gwynedd Council.

The bridge closure didn’t appear to be a serious issue because we had been told told that a new bridge would be installed March 2018. But March came and went without any sign of activity.

Where was our bridge?

We always believed that the footbridge was important because it formed part of the North Wales Pilgrim’s Way. This fabulous 133.9 mile walking route is well-publicised and attracts many pilgrims, hikers and leisure walkers throughout the year. The walkers were being forced to make a significant diversion or to climb over our wall and risk crossing the dilapidated old bridge.

Hikers and hiking groups exploring the area would arrive regularly only to find that the bridge was closed. In addition, local people who liked to use the bridge could no longer enjoy the circular walk to and from Penygroes.

We talked to the council who didn’t seem terribly motivated to replace the bridge. They didn’t seem to be aware of quite how many people wanted to use it. We are not always at home to count the walkers who have appeared by the bridge but on one weekend, when we were here most of the time, I saw 68 people arrive.

There was clearly a need for the bridge and we were determined to get it built. 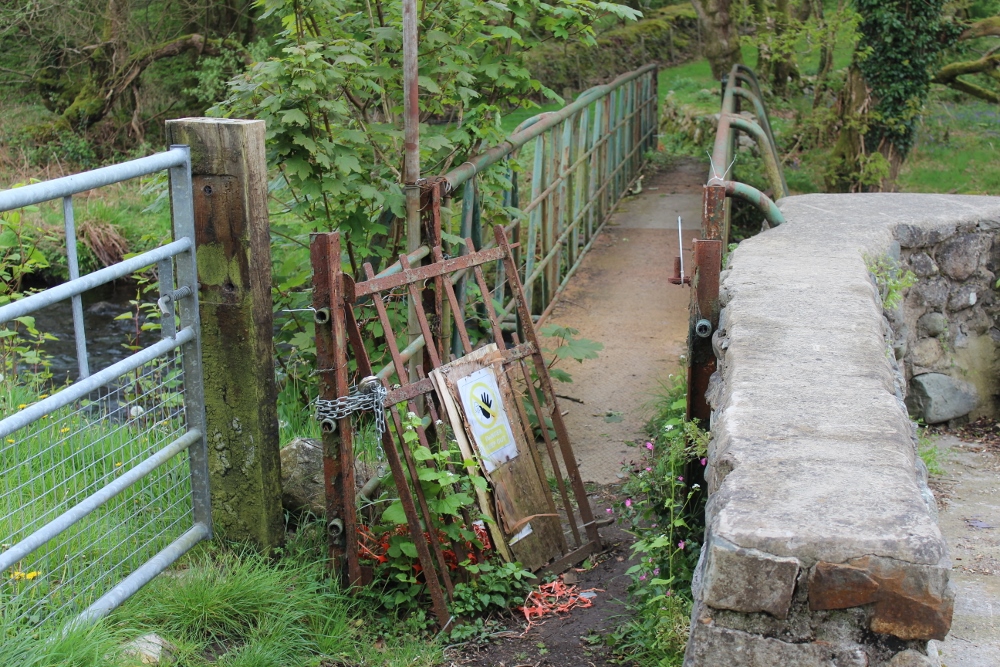 The fight for a new footbridge

When it became obvious that the council would not be replacing the footbridge any time soon, we approached North Wales Tourism for support. They promised to put some pressure on Gwynedd Council but weeks went past with no news.

By law, councils are required to evolve a specific policy for the maintenance of public rights of way. This must be updated and published every ten years. Gwynedd Council’s policy states that they will prioritise well-publicised routes.

After waiting for a few months for North Wales Tourism to work their magic, it became obvious that nothing was going to happen. We suspected that the principle issue was money and so offered to start a crowdfunding campaign to at least partly finance the bridge. We still couldn’t make any progress.

There was only one other thing we could do and that was go to the press.

Thankfully, the Daily Post was interested in the story and came to see us almost immediately. A few days later, they published an article online complete with photographs of me looking suitably annoyed and a video of me explaining the importance of the bridge. This piece was followed by the publication of an article in the newspaper.

I would like to point out that the Daily Post gave me approximately 30 seconds’ warning that they were going to video me so please excuse my scruffy appearance and poor performance on camera!

The day after the article was published, surveyors from the council arrived and began preparing for the new bridge! A couple of weeks later we were informed that the bridge would be installed 2nd – 11th October 2019. Wow!

As Natural Resources Wales had insisted that the construction of the bridge was completed by 11th October, we stupidly thought that it would be. We contacted the guests who had booked stays in the apartments during the period of construction to warn them that they might experience minimal disruption.

Unfortunately, the project took much longer than expected.

We should have seen that coming!

Six weeks after work started, we still didn’t have a bridge. 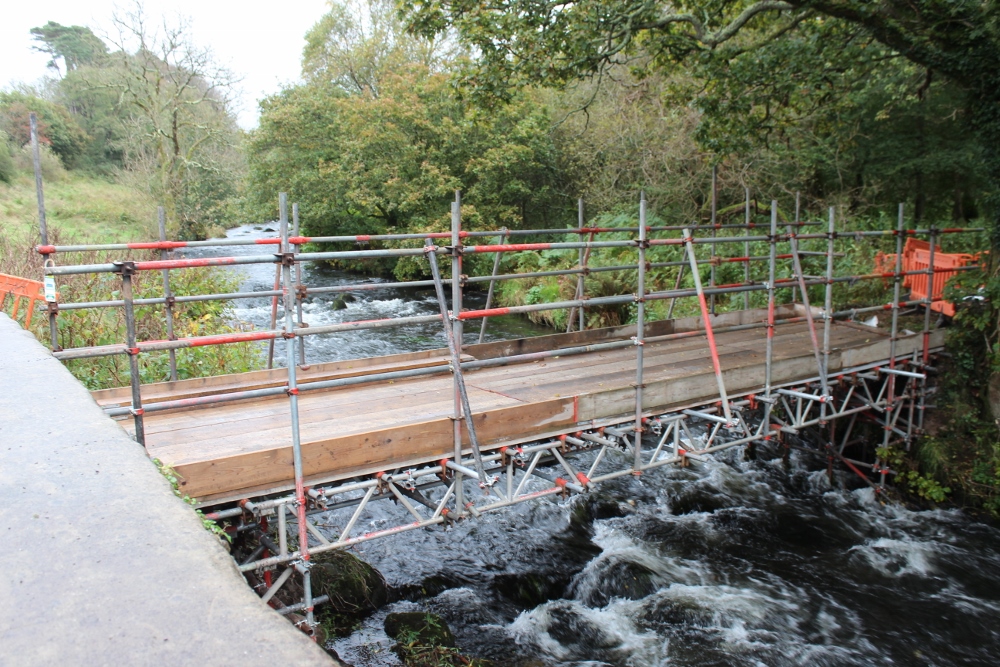 To say progress on the bridge was slow would be a massive understatement. A scaffold was constructed around the old bridge before it was cut away and removed. Then the support for the new bridge was installed in sections. This was followed by the laying of weatherproof composite boards to walk on. Wooden handrails were fitted and then concrete ramps were created on both side of the bridge. The contractors had to demolish a section of our wall in order to get the old bridge out which meant they had to spend a whole day rebuilding the wall. They had the same issue on the other side of the river and were also required to build a new wall on one side of the ramp to support it.

Seven weeks after the contractors first arrived, the bridge was finally finished. What a relief!

We would like to congratulate John Evans and Jason Jones for their excellent work. The bridge looks fabulous and we are sure that it will be used by many walkers and pilgrims in the coming years. 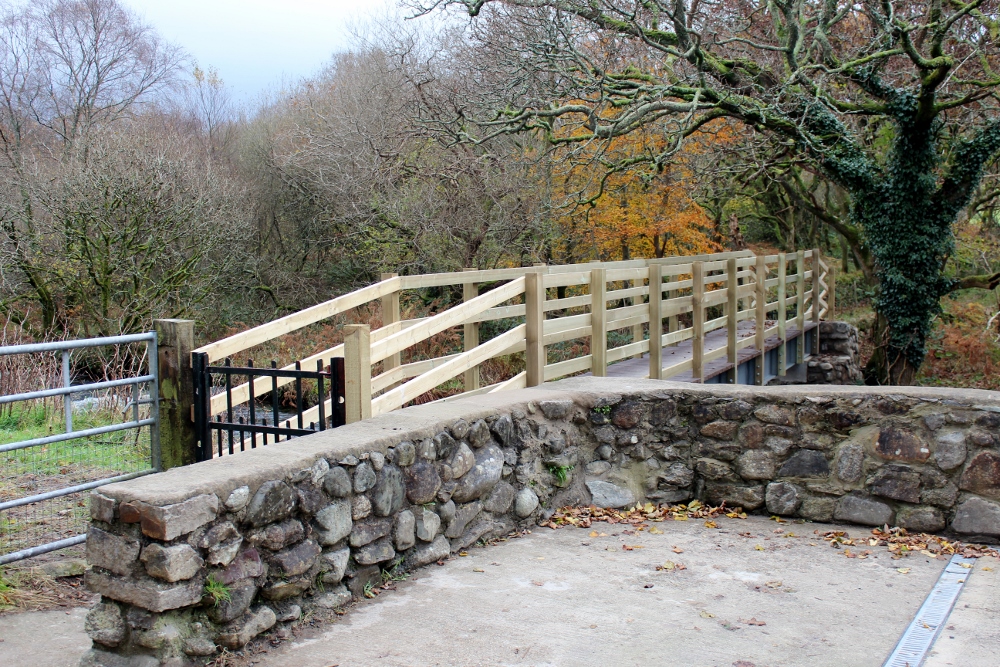