Next
Moving in and a giant hole in the ground

MOVING IN AND A GIANT HOLE IN THE GROUND

You can imagine our reaction when we first pulled up outside The Woollen Mill! This was a property with the wow factor in spades!

Having decided to move to North Wales, we were searching for our forever home. We had viewed several properties but none had inspired us. We were determined to find somewhere truly special and although many of the houses we had seen were very nice, they weren’t “the one”. Just when we were starting to think that our dream house was going to take forever to find or didn’t exist, we arrived at The Woollen Mill and everything changed.

I think we knew that we would buy it before we had even parked the car!

We tried to be sensible and visited the mill a second time before making an offer but there weren’t any other house in the running. It was the mill or bust.

I will never forget the day we moved into the mill.  After a five-hour drive, I arrived just before Dave and I felt a little overwhelmed. I knew we were about to embark on an exciting adventure but we had left everything and everybody we knew behind. We had two puppies who were just 12 weeks old and we were concerned that they would be upset by suddenly finding themselves in a strange place, just four weeks after coming to live with us.

I pulled up outside the mill, climbed out of my car and looked up to see Dave walking down the lane towards me with the puppies. Bodie and Dougal were trotting along happily beside him. They clearly hadn’t been troubled by the journey and just wanted to explore. In that moment, I knew that everything was going to be OK.

I needn’t have worried about the pups. They have loved it here from day one and I don’t think they have ever given our old home a second thought. Neither have we!

We moved into the our new home without a hitch but there was much to do and we didn’t waste any time getting on with it!

The biggest issue we needed to tackle was the parking area. As you can see from the picture above, there was a huge concrete slab taking up half of the area to the side of the house. We needed the space for parking, so the slab had to go! Beneath it was a wood store which was little more than a cave with two holes in the wall for windows. There was a serious problem with water ingress as when it rained, the floor turned into a pond. The aim was to transform this dark and dank cave into a workshop for Dave.

It proved difficult to find a builder who wanted to take the project on. The extent of the work scared the hell out of me and it clearly terrified the builders that we asked to quote. Two local builders came to look around and we never heard from the again! Fortunately, we eventually found the right people and work commenced four months after we moved in.

The parking area and wood store soon became an enormous hole in the ground! 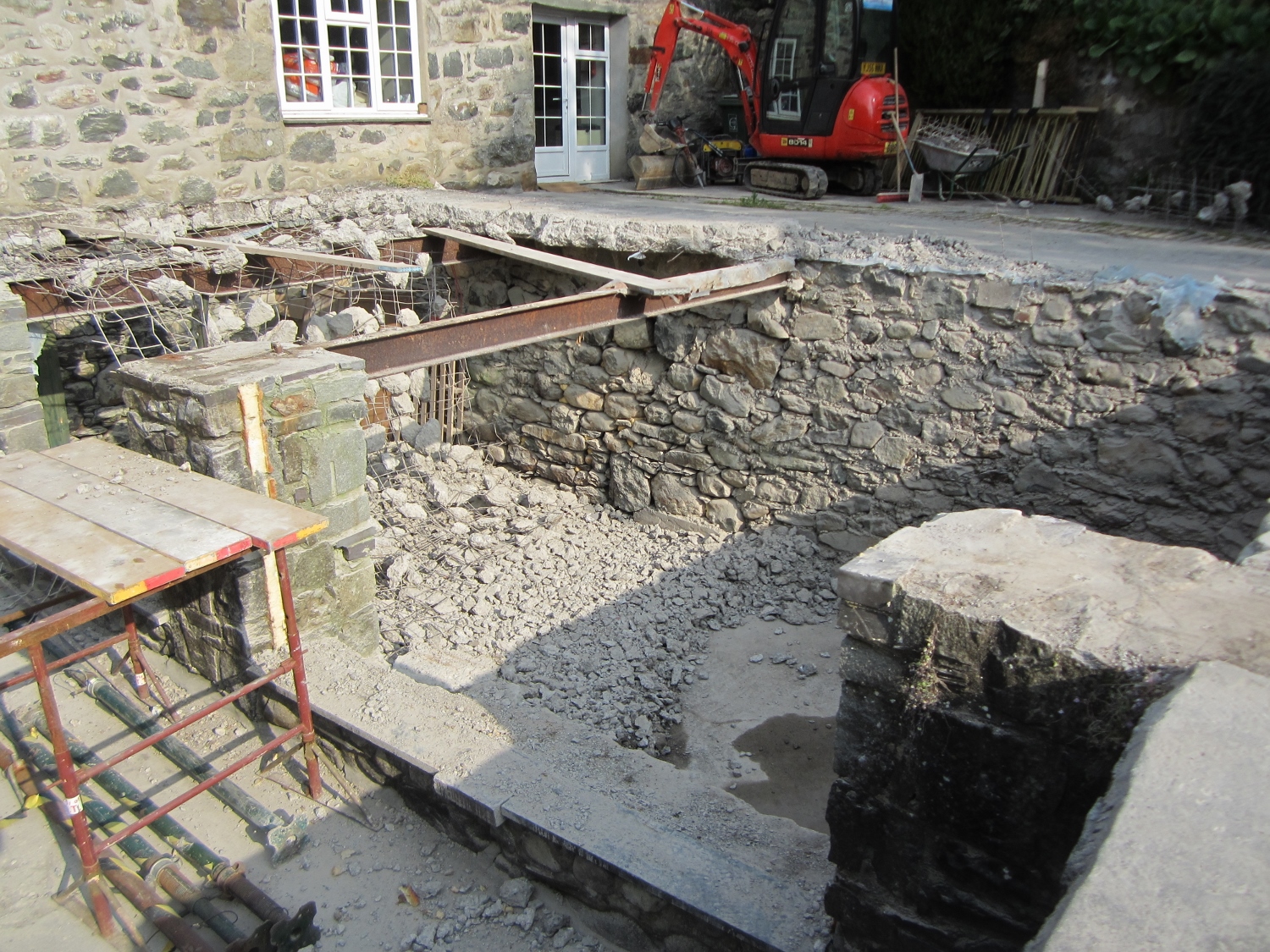 It was hard to imagine that we could create a workshop out of that unbelievable mess! But as the project progressed, a fabulous space began to emerge from the rubble and the parking area was transformed. I felt ridiculously proud when the project was completed.  Not only did we have a great workshop, the basement under the house had been tanked and lined to provide an amazing space for a gym and storage. All we had to do now was paint it and tile the floor. There was a lot of floor! 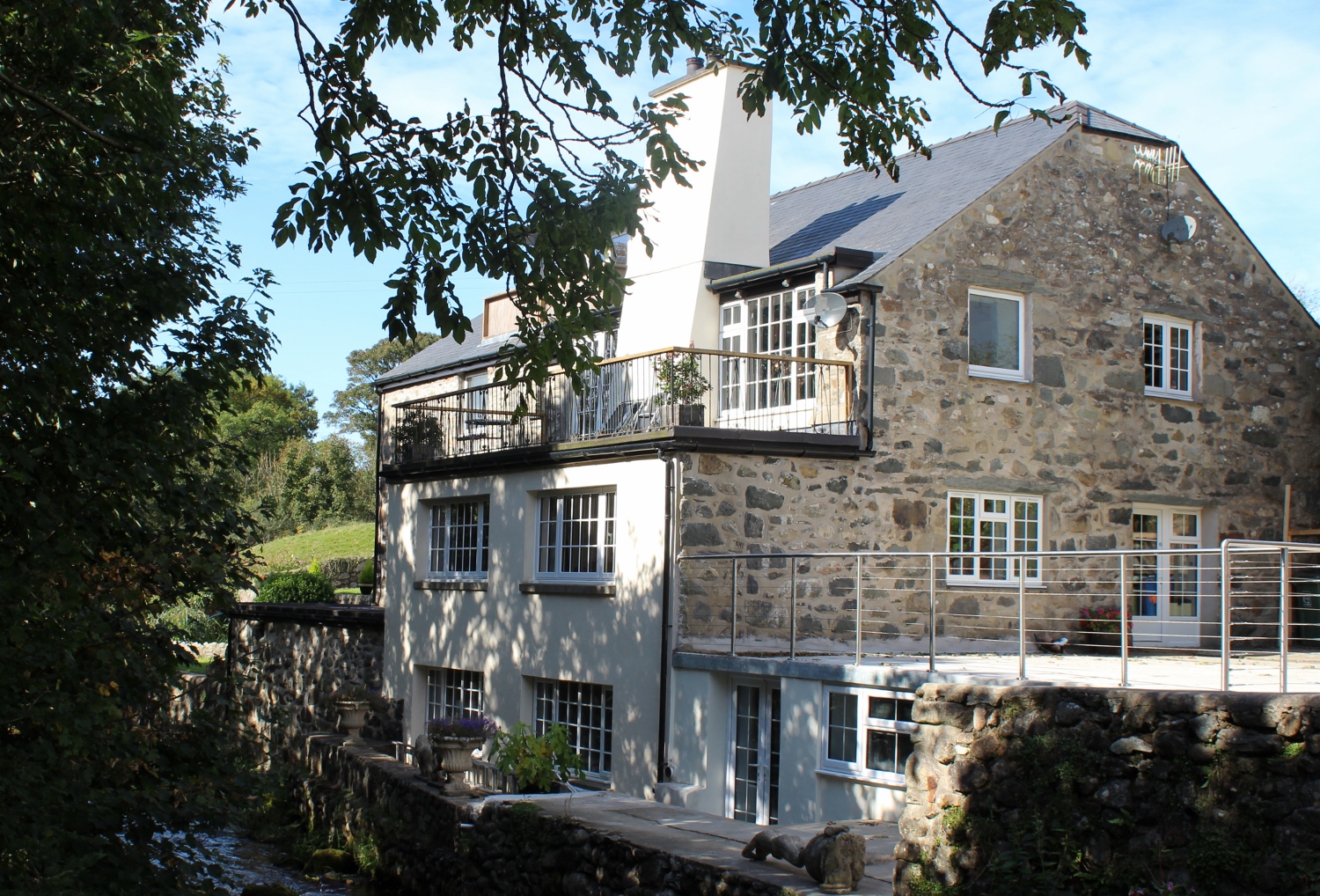 When we moved in, the balustrade in the car park was a dated and rusting yellowish mess which was competing with the concrete slab to be the ugliest feature of the property! It has now been dispatched to the recycling centre and in its place sits a swanky stainless steel structure which is a great deal more stylish. Anything we had chosen would have represented an improvement but we love the new look.

Rectifying the car park and creating a workshop was a huge undertaking and a very expensive one. The project involved a huge amount of upheaval and produced a mountain of rubble.  We endured weeks of noise, dust and disruption not to mention a liberal dose of frustration. But the results have proved to be worth every day that we had to park in our neighbour’s field, wondering if the builders were going to bother showing up. Which they sometimes didn’t.

Would we do it again? Only if we had too!