Previous Next
The Vapors Live at Portmeirion

The Vapors Live at Portmeirion

It’s amazing how certain songs worm their way into your consciousness and form the soundtrack of your life. They may not be your favourite tunes or the ones you listen to the most at home, but whenever you hear them, you are instantly transported back in time. You can remember what was going on in your life when the songs were in the charts and they always make you grin.

I first heard Turning Japanese by the Vapors on the radio and instantly resolved to buy the single. I was 17, still at school and crazy about music. Just a year later, I was working in a music venue where I witnessed performances by literally hundreds of bands. But I never had a chance to see The Vapors.

Imagine my surprise last year when I discovered that 38 years after I first heard Turning Japanese, The Vapors were to play live at Portmeirion! I had to get tickets!

I can remember the days when it was comparatively easy to get tickets for just about any gig that you fancied going to. These days tickets for many events are like gold dust. Obtaining access to the most popular events is like getting a seat on the Space Shuttle. I have been disappointed on many occasions or scandalised by the prices being charged. After feeling ridiculously excited about the prospect of seeing The Vapors at long last, I was struck by the awful thought there were only 150 tickets available for the gig and that I might not be able to go. Then I treated myself to a reality check. How many people could there be in sparsely populated North Wales who would remember a band which only had one hit. Especially when that single was released in 1980! Even if people remembered the song, that didn’t mean that they liked it as much as I did!

Thankfully, I didn’t have any trouble getting my hands on a pair of tickets. After buying them, I spent weeks wondering if I would actually enjoy the gig or if it would simply turn into a night waiting for the band to play Turning Japanese.  I was also slightly concerned that I might be dragging Dave to a gig that would bore him to death. I needn’t have worried!

There can’t be a better venue on the planet than the Hercules Hall at Portmeirion. I prefer to experience live music in small venues where I can be close to the stage. I hate feeling detached from proceedings and having to look at giant screens next to the stage to see what is happening. The Hercules Hall has to be the smallest venue I have ever visited and the sound quality was excellent. It felt wonderful to be able to enjoy a gig without having to do a runner during the encore to avoid being trapped in the car park for hours!

The bar was also a revelation as Dave and I were able to enjoy a nice drink before the gig without having to queue for hours. But it was the music that made the evening! 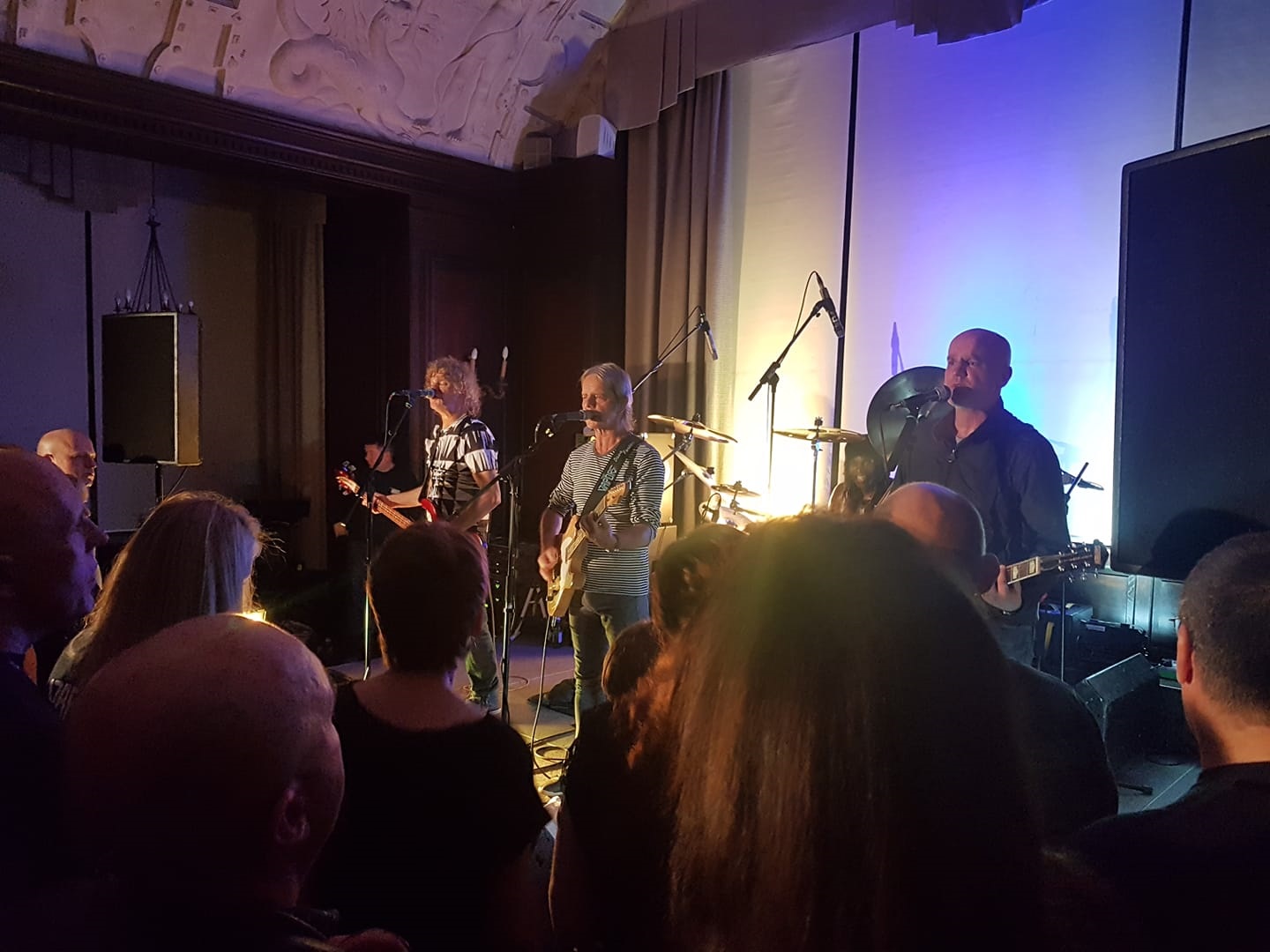 The Vapors were truly excellent! To my shame, I wasn’t familiar with their back catalogue which turned out to be rather good.  The set also included new songs and the odd cover. There was a relaxed feel about the entire affair and I enjoyed every minute of it. The band were relaxed and interacted with the audience which clearly featured several die-hard fans. Indeed, a chap standing close to Dave and I was in raptures throughout! I wouldn’t say that the gig was one of the best I have ever seen. After all, it would be hard to beat Queen, ELO and a few others I could mention. However, I was impressed by The Vapours and so was Dave.

I had been expecting Turning Japanese to be the final song of the night but it came a little earlier. When I heard that familiar intro, I could feel a massive smile spreading across my face.  That song was a huge favourite of the teenage me and hearing it played live somehow seemed important.

This was a great night’s entertainment and after the music stopped, we were able to amble out of the venue, walk to the car and drive home without so much as a minute’s delay. Fabulous!

The really good news is that The Vapors will be returning to Portmeirion next year for a special 40th-anniversary celebration 1-2 November, 2019. There’s plenty happening over the weekend and I know at least one person who will be buying tickets!