Located 5 miles northwest of Beaumaris, Penmon Point feels incredibly remote and rugged. It’s impossible not to be wowed by the amazing views across the water to Puffin Island and Great Orme. The  relatively small pebble beach is flanked by rock formations which tumble down into the sea and unlike many beaches in North Wales, the water gets deep very quickly. Strong currents make swimming dangerous and there can be huge waves on windy days. But there’s something captivating about Penmon Point which tempts you to linger.

To the eastern end of the beach, the Trwyn Du lighthouse sits on a rocky outcrop. This striking black and white structure is 29m tall and was constructed 1835-1838. It was originally manned by two keepers, however these were withdrawn in 1922 when the lighthouse was converted to acetylene operation. In 1996, the lamp was converted to solar power and the entire building was modernised. Trywn Du now boasts a 15,000 candela light which flashed once every five seconds. It can be seen from a distance of 12 nautical miles (22km).  A 178-kilogram fog bell sounds once every thirty seconds and sounds rather haunting.

Penmon point features a small car park which can get busy and there is a charge for parking which you pay at the gate near Penmon Priory. Behind the parking area there is a cafe but that’s about it as far as facilities go. After you have explored the beach, you could walk the coastal path which begins from the top of the car park. We have walked part of this trail but as much of it crosses fields rather than following the cliff tops, it isn’t the most interesting route!

A WONDERFUL BEACH THROUGHOUT THE YEAR

Our dogs seem to like Penmon Point but the pebble beach isn’t the best place in the area for ball chasing. As the coastal path crosses fields with livestock, that isn’t a great option as dogs must be kept on leads. But if you want to visit Penmon, there’s enough beach for dogs to enjoy running around for a bit and there are plenty of great spots nearby to give them a longer run out after you have seen the lighthouse and the fabulous views.

From the Woollen Mill, head towards Bangor on the A487 and then follow the signs to Holyhead. After crossing the bridge, head towards Menai Bridge and Beaumaris. Drive through Beaumaris and after a further 2 miles, turn right towards Penmon. You will eventually pass Penmon Priory and then after 100 yards you will reach the point where you have to pay for the parking. Pay the fee and then drive to the parking area in front of the lighthouse. 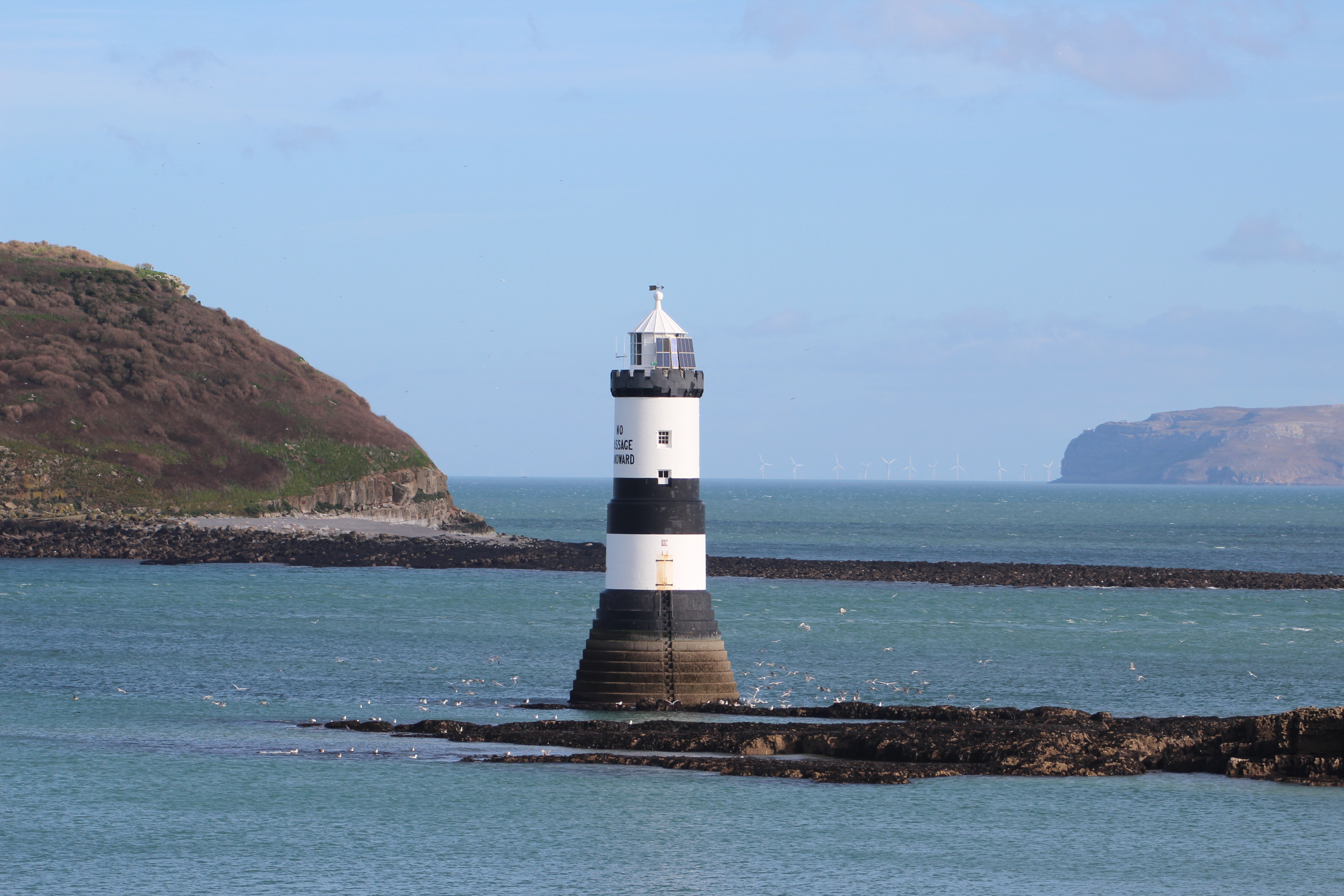